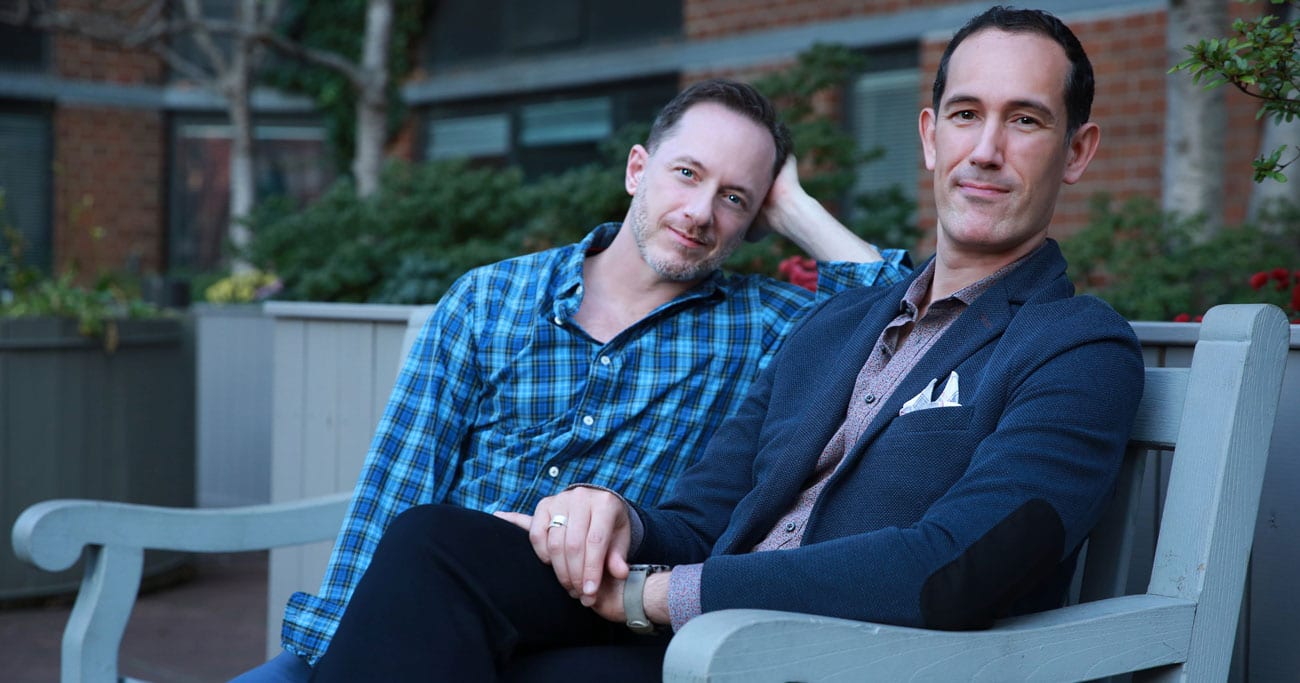 Gualtieri & Sisco have been writing together since they met at the BMI Lehman Engel Musical Theatre Workshop in 2003. Their musical Falling to Earth received a workshop production at Syracuse University New Play Workshop, has been part of The York Theatre’s Developmental Reading Series, and was featured at Nautilus Music-Theater’s Rough Cuts Reading Series. Together, they have also worked on The Heiress, and I’m Afraid, You’re Afraid: 448 Things to Fear and Why, and My First Five Husbands with Golden Girls star Rue McClanahan, based on her memoir. Currently, they are developing a musical adaptation of Henry James’ The Wings of the Dove with Michael Zam (Emmy nominee, Feud) In addition, Tom and David have appeared on stage together multiple times in David’s two awarding-winning one-acts, Bait n’ Swish.

In 2018, David and Tom began brainstorming a video project that would bring together their love for writing musical theatre with their passion for more equity in the industry. The result was Draw the Circle Wide, an interview-style series that features a diverse roster of guest artists sharing their experiences and premiering a new Gualtieri & Sisco song written specifically for them. Season 1 included Ali Stroker (Oklahoma!, Spring Awakening), Jonathan Burke (The Inheritance, Choir Boy), Ryann Redmond, and Cindy Cheung (Iowa, 13 Reasons Why).

Gualtieri & Sisco’s work has been heard at Joe’s Pub (After the Storm Benefit), 54 Below (What Are They Singin’ About?, Departures), Second Stage (The Concert: A Celebration of Contemporary Musical Theatre), The York Theatre (NEO 7), and Astoria Performing Arts Center (NYMF’s A New Generation of Song), to name a few.

Beyond their collaborative success, Tom’s That Play: A Solo Macbeth received a Drama Desk nomination for Unique Theatrical Experience and he currently has several television projects in development. His choral work, That Summer: A Fantasia on Family, premiered with the Philadelphia Gay Men’s Chorus in 2016. David made his Carnegie Hall and Lincoln Center debuts in 2015 with his classical art songs and a commissioned choral work. He is also the Founder & President of www.contemporarymusicaltheatre.com, an exhaustive database of contemporary writers and music. For more information, visit their personal sites: Tom Gualtieri and  David Sisco.